The Gate Lodge was the only one on the estate and guarded the main tree-lined avenue to Kilteevan House which was owned by the Mapother family.

Today the building has no internal divisions but originally contained a kitchen and bedroom with a loft over the bedroom. The rooms were divided by a stone chimney breast, which was removed in recent times. The piers leading into the house at the gate lodge entrance were relocated close by. It is believed locally that the avenue was lined by magnificent Californian Redwoods, which were later felled, cut and sawn up locally for use a fence posts.

Tradition claims that Kilteevan House, constructed on the site of an earlier 17th century Mapother residence, was begun in 1710, partially finished in 1711 and completed in 1713. A carved stone, bearing the date 1711 (now missing) lay for years in the undergrowth adjacent to the house ruin. It is supposed to have come from the coach house.

The house was a substantial three bay-two storey over basement building with a classical Grecian–style portico over the main entrance. The 1901 Census states that 17 rooms in the house were occupied.

15 farm buildings were also listed; 4 stables, 2 sheds, coach house, harness room, cow house, calf house, dairy, fowl house, barn, turf house and potato house. Only the ruins of the basement, several outbuildings, and stables have survived. There was also a fine orchard on the estate. Some locals recall the adventure of scaling the wall to get into the orchard and helping themselves to the Mapothers’ fruit.

A layout of the demesne can be seen in the O.S. map of 1914 which shows the buildings, gardens with pathways and a pheasantry. The last of the family, called ‘Miss Mary’, died in 1932 and the Estate was divided by the Land Commission in 1942. 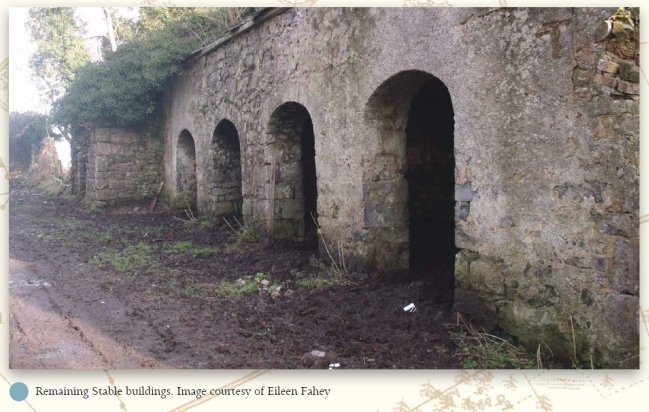 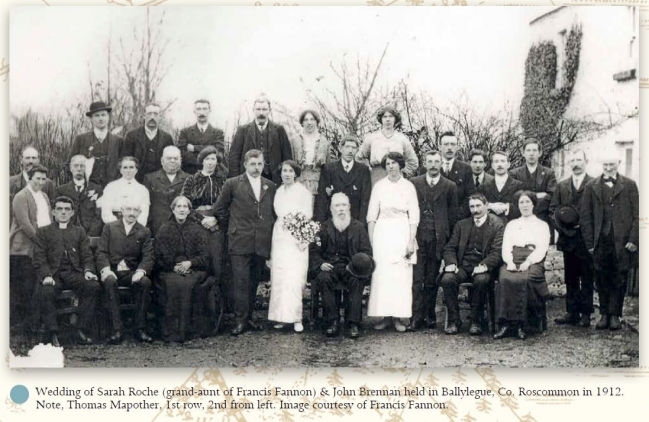 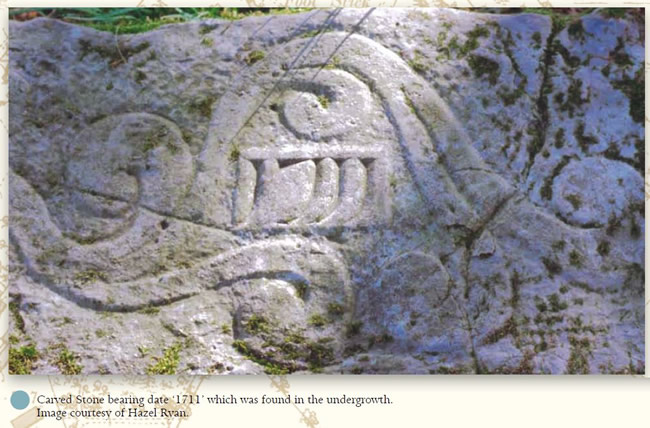 PLEASE NOTE:
The Gate Lodge is on private property, and this sign is placed here with the kind permission of Mattie and Gertie Murphy.