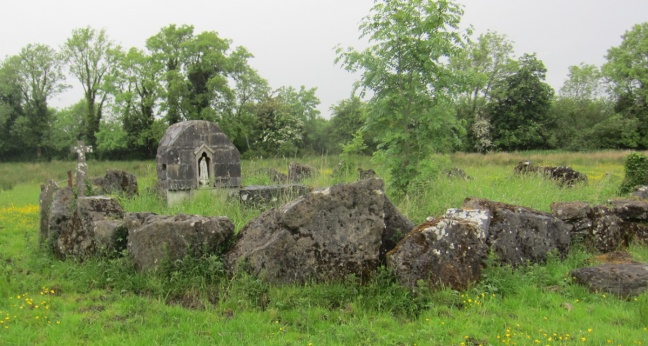 The Penal Laws Following the victories of William of Orange at the Boyne (1690) and Aughrim (1691), the Irish Parliament passed a series of laws to ensure Protestant control of land confiscated from Irish Catholic families. These laws were known as the Penal Laws. The laws deprived Catholics of their civil and religious liberties and were designed to ensure that the Irish Catholic majority were unable to challenge the new Protestant ascendancy. It was an offence to attend the celebration of the catholic mass. Bishops were banished and priests had to register to preach under the 1704 Act. Priest hunters were used to track down unregistered priests. (1)

To overcome obstacles to the celebration of mass, the practice was driven into remote areas where people gathered to celebrate mass in secret. Because the activity was illegal, the services were not scheduled and their occurrence was communicated verbally between parishioners. Mass was celebrated on a rock or earthfast boulder used as an altar. The Kilteevan Mass Rock is an example of such a location.

People would congregate at the Mass Rock in Cloontogher townland. It consisted of a rock and a flat stone to form a table which was used as an altar to celebrate mass. In the nineteen century the table stone was over turned and broken by vandals in the belief that gold was hidden beneath it. This area is marked Curraghduv on OS maps and translates as “black rock”. This mass rock is located within a conjoined ringfort. In 1913, Rev. Finan, a local priest noted, how the Mapother of the day found his wife, a secret catholic, worshipping at the Mass Rock. After his discovery he apparently informed his wife that she no longer needed to secretly leave their home at night to pray but could attend Mass as often as she wished.

In the 1980’s the Gillooly family, Kilteevan marked the Mass Rock site by erecting a circle of standing stones, a grotto containing a statue, and a plaque which reads, “In Loving Memory of All that Prayed at this Mass Rock in Penal Days. They were true to God and Ireland. Erected by the Gillooly Family.” A stone holy water font was also relocated here from the former Catholic Church.

In 1983, John Gillooly the owner of the field containing the Mass Rock told Br M.F. O’Conchuir, (CBS, Roscommon) that when purchasing the land from the Mapothers, his family had to sign a declaration, guaranteeing that the Mass Rock would never be removed from it’s original site (2). Mass was last concelebrated here in 1989 with a large crowd in attendance.

Mass Rock is situated on Private Property which you should not enter without prior permission. 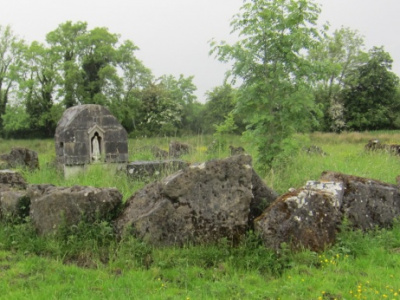 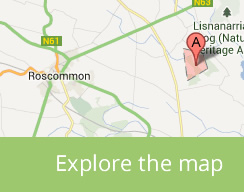